About a month ago, I had a not so original (but brilliant, of course) idea to photograph the moon each night as I saw it from my backyard. However, my son was sick and in the hospital and blah blah blah, so I pretty much failed at my new moon project. I know I could try again this month but I have a slight problem… I cannot see the moon every night from my backyard! Therefore, I got frustrated and have not been photographing every night like I claimed I would, but, I have been observing the sky. Anyways, two nights ago I was compelled to photograph the moon again because it was so beautifully full and aesthetically creepy. By the way, I need suggestions for a moderately priced flash… Here, I utilized my wimpy flash, that came on the camera, in order to capture the same view I was seeing because I was not satisfied with how my photographs were turning out. The last photograph of the moon (shown below at the tail end of this post) was shot with no flash and, although I find the image appealing, I was more drawn to the ones taken with a flash. Obviously, I know nothing about flashes, but at least I’m finally getting out there and experimenting! 🙂

The very next day, around one o’clock in the afternoon, I stepped outside and caught sight of the sun. The sun was shining so intensely (I could feel it transforming winter into spring) with a ring of pinks, oranges and purples surrounding its form. It reminded me of the moon view I had shot the night before and, so, I grabbed my camera. I found this task to be increasingly more difficult than photographing the moon. I placed a hood on my lens (after first attempting without one) and tried my best to capture what I saw. However, I felt like I was going blind. I read in my manual you aren’t supposed to point your lens directly at the sun for this reason, but I had to do it. I wore sunglasses and was careful not to stare too long. After shooting 400 images of the same subject (from the same view), these were the only photographs that turned out. I realize that this is all part of the photographic process, but it just makes me wonder how people capture great images of the sun. Perhaps, the ones I’ve seen are only of sunsets… I’ll have to do some research. In the meantime, I will leave you with these juxtapositions of the sun and moon. I love the contrasting views these photographs provide of these two balls of light.

I hope everyone has a fabulous weekend full of smiles and joy. And, if anyone has any tips on how to photograph the sun without going blind, feel free to comment 🙂 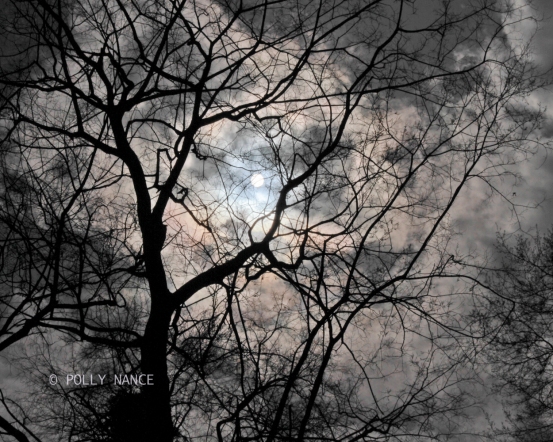 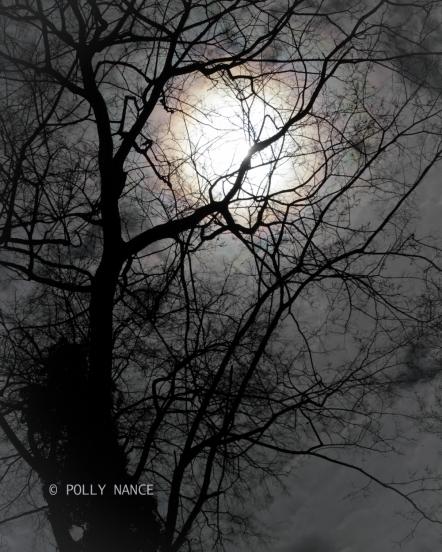 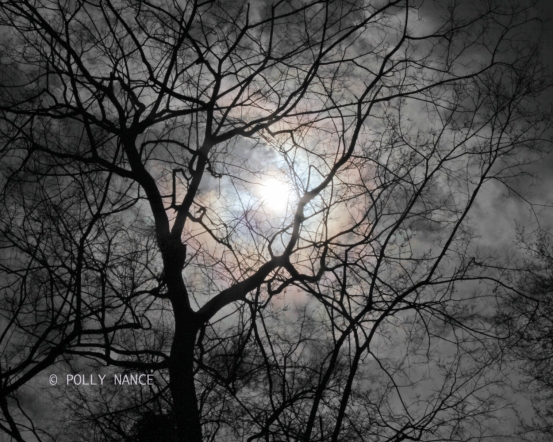 Closing in on the Full Moon. Polly Nance. Digital photograph. 2012. 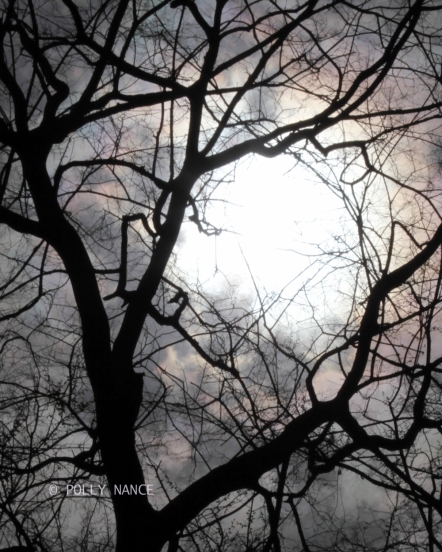 Sun So Bright It Was Blinding. Polly Nance. Digital photograph. 2012. 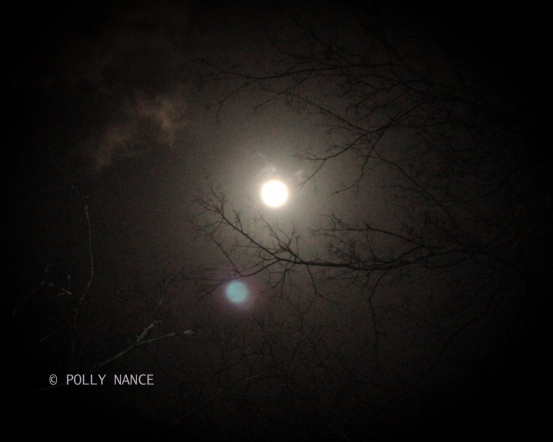 The Moon as Shot Without a Flash. Polly Nance. Digital photograph. 2012.

Thank you for taking the time to visit and view my blog!

As always, please feel free to leave any and all feedback.

All images on this blog are copyright of Polly Nance and cannot be copied, downloaded or used in any way without expressed written permission. WARNING: If you choose to pin my work to pinterest, you must include my name as the photographer and title of the work. If not, I will hunt you down and charge you. It is STEALING to claim another's image as one's own. Contact me, Polly Nance, via email or this blog if you wish to use any of these images.